Thoughts for Adoptive Parents to Mull On

What would you say if I said I wasn’t thankful I was adopted?

Would you say that I must have had a bad experience and you’re sorry?

Would you maybe even say I was anti-adoption?

Or instead, would you say that you too aren’t thankful that you couldn’t get pregnant or that you could but never managed to carry a babe to term. That you chose adoption because you couldn’t have your own, yet you still wanted to be a parent?

Or would you tell me, instead, that you always intended to adopt after you’d had your own? Telling me that having your own was still really important for you, yet telling me that it shouldn’t be for me?

Because it’s past time that the adopting side of the adoption started being honest, instead of pretending that people who adopt, especially those who only want babies, wouldn’t have paid, or done just about anything to have had their own.

And you know what? There is no shame in feeling that way, there really isn’t. It’s natural and normal to want to bring a child into the world. Just like it is natural and normal to not love not being raised by your parents, whatever the reason. There is shame though, in shaming adoptees who really don’t like being adopted and to make them feel bad for voicing their honest feelings, but then, not shaming yourself for your own hypocrisy too.

Oh, and do exclude yourself if you don’t fit the above criteria because there are some who always intended to adopt and not have their own and never tried. None of you get a pass for shaming an adoptee who doesn’t like being adopted, an adoptee who is struggling with all that is being adopted means.

P.S. The above is written for you to sit back and think about how you instinctively react to any adoptee who struggles with being adopted, how you treat them, what you think of them, simply because, they told you their truth. We all need to give space to be honest with feelings, it’s a big problem in adoptionland and has been for years. Adoptees too need to give that same space too. 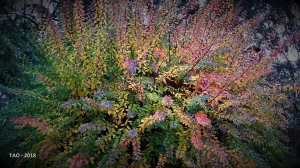 Posted by TAO on November 20, 2020 in Adoption, adoptive parents

6 responses to “Thoughts for Adoptive Parents to Mull On”

Tell me your thoughts, but please be nice... Cancel reply

This site uses Akismet to reduce spam. Learn how your comment data is processed.