This is likely going to be fairly muddled because I don’t like to publicly call people out by name, rather just talk about why I found something problematic. So there was a blog post recently by an adoption agency that ruffled feathers (pissed off) many in the adoption community, raising my hand as one of them. The outcome, I lost the respect I’d previously held for them. END_OF_DOCUMENT_TOKEN_TO_BE_REPLACED

Adoptive mother breastfeeding is a controversial subject both in adoptee circles and within wider adoption circles. When the topic is posed the response by adoptees is swift with most responses being a hard no. It’s a hard no for me too. This is my attempt at explaining this immediate and instinctual hard no from me, because I finally found the word that explained why. END_OF_DOCUMENT_TOKEN_TO_BE_REPLACED

Posted by TAO on August 3, 2019 in Adoption, adoptive parents

In the land where adoption is win-win-win

An article was posted that had Tummy Mommy in the title, I knew I should avoid it, the title told me it would make me upset. I clicked anyway. Dumb, dumb idea.

I read it. I read it right to the bitter end. END_OF_DOCUMENT_TOKEN_TO_BE_REPLACED

Posted by TAO on July 29, 2018 in Adoption, adoptive parents

The journey so far being an adoptive mom

This post is by Tiffany one of my friends I met on an adoption forum years ago.  She’s fierce about what’s right, what’s wrong, she’s also an adoptive mom.  A while ago, I asked her to write a post that might help others understand the complexity and challenges of adoption.  She said she’d tell her story and see if that helped.  This is a long-read so grab a beverage before digging in.  This is a must read.  Thank you my friend.

Posted by TAO on December 7, 2017 in Adoption, adoptive parents

We are the adopted children of our parents, we (nor them) have any say in that, it’s the legal definition.

We now have a new qualifier being attached to adoptees – we are a first mom’s birth child.

Can we please stop adding qualifiers to adoptees, last time I checked, there was nothing wrong with just being called their child.  Why add a qualifier, we didn’t disqualify you, we had no say or choice in the matter.  And really, it stings that you can’t even claim your child is your child.  And if it is the professionals in adoption telling you to call your child that, here’s a thought, they’re wrong.  Tell them that, and that perhaps, they should talk to adoptees about what we want to be called.

Adoptees, do feel free to weigh in on what you think of being called your mother’s birth child.

Posted by TAO on September 18, 2017 in Adoption, adoptive parents

That whole Meant To Be thing…

Posted by TAO on June 25, 2017 in Adoption, adoptive parents 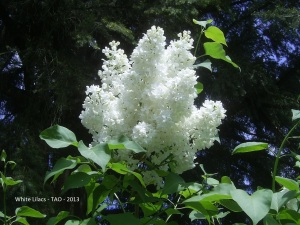 We didn’t do Mother’s Day per se, at least not like it’s done today. We’d say Happy Mother’s Day at the breakfast table while eating the breakfast mom cooked.  All Sunday breakfasts were special, we weren’t having oatmeal (or ‘mush’) and fruit for starters, like we had weekday mornings, and it was better than Saturday when we’d get non-sweetened cold cereal (that we saw as a weekly treat) and fruit.  Sunday’s, we’d have either pancakes or waffles (sometimes with hot blueberry sauce for syrup), or eggs and toast and fruit, sometimes even hot fruit on toast (you probably have no idea what that is, or how yummy that was). END_OF_DOCUMENT_TOKEN_TO_BE_REPLACED

When those wanting to adopt, forget that morals matter in how you adopt

Last night I got stressed out by what occurred when an expectant mom made a post on an adoption page asking for information.  What happened robbed me of sleep for several hours as I just kept thinking about it, this morning, it was the first thing on my mind and it’s still there now.  So here I am trying hard to come up with a way to frame this that can be heard, needs to be heard, while the cynic in me is saying, those who need to hear and understand, aren’t going to read a post telling them they’re wrong.  I still have to try. END_OF_DOCUMENT_TOKEN_TO_BE_REPLACED

Posted by TAO on April 10, 2017 in Adoption, adoptive parents

I wrote this five years ago.  I know this may not be the narrative of all, it is for some, perhaps many.  The price they paid is too high. END_OF_DOCUMENT_TOKEN_TO_BE_REPLACED

I’ve posted The Danger Of A Single Story by Chimanda Ngozi Adichie every year in November since I first posted it in 2010.  Listening to her talk never gets old, rather, it seems, I get something new from it every time.  Perhaps why it stays relevant is that it applies to so many different areas in life for different people.  Perhaps, because it’s filled with wisdom that always has value, adds value every time you hear it.

END_OF_DOCUMENT_TOKEN_TO_BE_REPLACED

Posted by TAO on November 5, 2016 in Adoption, adoptive parents

A positive story, is there one, can there be one…

Why do people look for stories from first mothers that are positive stories of choosing adoption?  Is it more about their need for someone to say it wasn’t traumatic and absolve them from any feelings of guilt for participating?  Is it because it reinforces that there are some who choose adoption because they truly don’t wish to mother their child?  Those are the only reasons I can think of, I’m sure there are others reasons, but stay with me as I try to explain what I mean. END_OF_DOCUMENT_TOKEN_TO_BE_REPLACED