Being Honest as an Adoptee

Is there any way an adoptee can truly be fully honest to others about their deepest feelings about being adopted? To me, it doesn’t seem possible, at least for many of us who feel the weight of loyalty to protect one or both families over our truths. Or because we want to protect a fragile or new relationship with a member of our family by birth. It silences us. I’m not saying it’s impossible, just that many of us never will be able to, instead, we ignore our needs to give voice to the harder experiences and deep dark feelings we’ve been through – even in relatively anonymous spaces. Invisible strings seem to hold us back from telling our stories in-depth, a needed telling to finally find release and maybe even some peace.

I’ve been held up as an adoptee who had a good experience, also one who had a bad experience by strangers who do not know me, they just didn’t like that I didn’t walk the adoption line, speak the adoption is love message people seem to crave to hear.

I did and I didn’t have a good adoption experience, bad things happened along the way, things I can’t talk about. And some of those harder experiences adoptees have, may also have happened because of how we felt and reacted to our own trauma of abandonment. Especially in the realm of wanting to be loved, needing to be shown we’re worth loving. It’s one of those rabbit holes we can go down because the very person who should have loved us most of all, abandoned us. And yes, I know the adoption speak she loved you so much she broke her own heart, that doesn’t translate as true when you’re the one not kept. It just doesn’t and it can’t even if we know the reality at the time, it still translates to abandonment for some of us.

Both my parents through adoption and parents through birth have passed away and I don’t have many relationships with extended relatives from any parent. Yet I still instinctively choose to protect them when I can, or dance around the hard, and maybe it’s just my personality but I also doubt I’m alone in this regard. Being adopted never ends and in the wee hours of the night we may even admit we are defined by being adopted because it’s been the filter that we look through at everything else in life.

Being adopted is hard, the feelings are always there just under the surface just waiting to be triggered. My way of dealing with it now is to become desensitized to it by being around it online. That has helped, I don’t crumble as often.

A friend I grew up with was also adopted; we went through school together as best friends until I became the wild child and she the popular one. We never were not friends, we just each went our own way, I stayed the wild child never conforming to expectations, she went the compliant way every step, she married well, married up, had the requisite children and nice big house. Years later, I found out that she found solace in alcohol, her marriage ended, and she’d died young. We each took different paths in high school, why I, the wild child made it through and why the good compliant child didn’t – I’ll never know. Whatever the difference was it makes me sad, I think of her on her birthday every year, always did, despite not being in contact. The mutual friend who told me she’d passed said she had challenges she struggled with. I don’t know why she needed alcohol as a solace, but I do know adoption and being adopted isn’t the easy road to travel, and remembering her sensitivity, I’d guess being adopted played a role in any demons she chased, because how we react, usually has it’s roots in our lived experiences and being adopted is one big one.

Adoption severs you forever in so many ways, ways you never can regain what you lost. 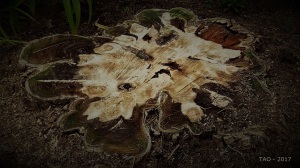 12 responses to “Being Honest as an Adoptee”

Tell me your thoughts, but please be nice... Cancel reply

This site uses Akismet to reduce spam. Learn how your comment data is processed.